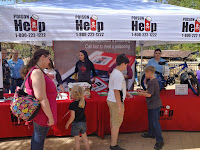 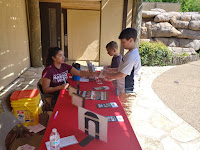 During National Poison Prevention Week 2018, the North Texas Poison Center at Parkland focused on raising awareness and reducing the incidence of unintentional poisonings, whether from accidental overdoses of acetaminophen, intentional use of dangerous opioids, and all other exposures to potentially toxic substances.
Education is a key focus of the center. During NPPW18, NTPC educators presented 4 community education programs, made 4 local media appearances, awarded prizes for both the NTPC regional poster & video contests, and participated in 12 community outreach events.
NTPC also held their 14th Annual Poison Jungle Safari at the Caldwell Zoo in Tyler, reaching over 600 individuals with poison prevention information.
Southeast Texas Poison Center
﻿﻿
Southeast participated in the PPW Poster contest, a cartoon contest, and Facebook video contest. They also had a table set up for the whole week at the City Hall of Texas City with Poison Center materials. The educator did a presentation at Stay and Play Child Care Center and had a table set up and attended it the whole day on Tuesday at Houston Northwest Hospital.
On Wednesday, the educator had a table and attended it the whole day at the Public Library in Brookshire. On Thursday, the educator presented the Facebook video contest winners with their prize and made a video and took pictures. Lastly, on Friday the educator had a table and attended it the whole day at Channel View High School.
Texas Panhandle Poison Center
﻿﻿
Texas Panhandle Poison Center celebrated Poison Prevention Week with a very successful Medication Cleanout™ in Amarillo, TX.  During a 4-hour period, 637 vehicles drove through to drop off medications. They collected over 2,000 pounds of medications! 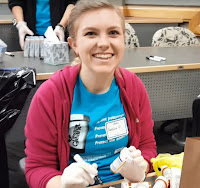 The goals of Medication Cleanout™ are to prevent poisonings, prevent abuse, and prevent misuse while protecting the environment.  People gather medications from their homes that they no longer want or need and then they drive through at the Medication Cleanout™ event where trained volunteers accept them.  The medications are disposed of in an environmentally friendly way and are no longer available for poisonings, abuse, or misuse.
We also had the pleasure of presenting for four different Head Start groups during the week.
Central Texas Poison Center

During National Poison Prevention Week 2018, the West Texas Regional Poison Center focused on raising awareness of our national 800 number by participating in several health fairs and presentations throughout the week.  One of the most successful was at the military base (Fort Bliss). 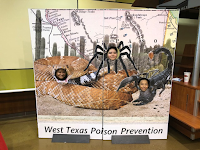 We brought the animals out and met with military families to teach them about the potential dangers of living in the dessert.  We even had a picture cut out for families to take photos (picture below).  We reached over 500 people of all ages on that one day alone.  We also participated in the state poison prevention poster contest, held tours for young people to meet our poison center staff, posted information on social media, and attended city council and county commissioners meetings to receive local proclamations and resolutions in celebration of poison prevention week 2018.


Posted by Texas Poison Center Network at 11:43 AM No comments: